The NOAQ Gablewall is primarily a complement to the NOAQ Boxwall, and is then only called ”Gable”. A couple of Gables, connected side-to-side, makes it possible for a Boxwall to pass a kerbstone.
Gables can also be used for adjusting the length of a Boxwall. The Boxwall is then split in two and a couple of Gables is inserted inbetween. A third application to increase the flexibility of the Boxwall system is to use a Gable to support the end of a Boxwall when a such need to be connected perpendicularly to a permanent wall or a façade.
But a NOAQ Gabewall can also be used on its own, to hold back flood water. You then put a number of coupled Gables in a row, and let them overlap a little. Such a Gablewall may be used for making very short flood barriers, for example when you need to block the water from enetring a narrow alley or an entrance. 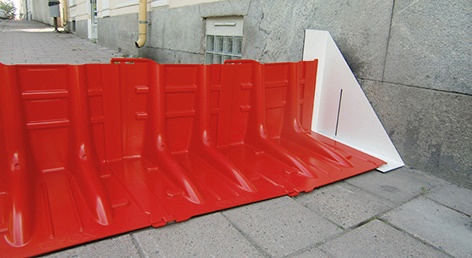 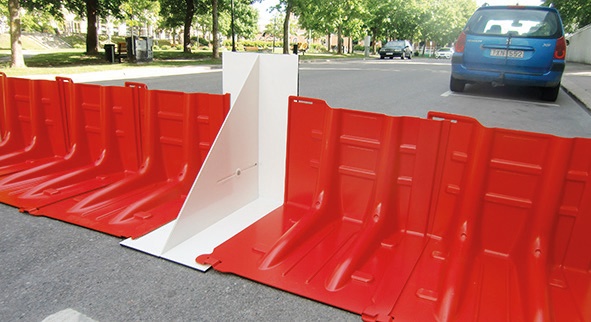